The House of Representatives held a Public Hearing on Wednesday, 10 and Thursday, 11 June 2020 on a “Bill for an Act to Repeal the Quarantine Act and Enact the Control of Infectious Diseases Act, Make Provisions Relating to Quarantine and Make Regulations for Preventing the Introduction into and Spread in Nigeria of Dangerous Infectious Diseases, and for Other Related Matters (HB. 836).”

The Public Hearing, which held over a two-day period at the National Assembly Complex saw the participation of diverse stakeholders ranging from government agencies to civil society organisations, religious and professional bodies and special interest groups who came in their numbers to make their views on the controversial bill known. According to the organising committees, over one hundred memoranda were received from the public ahead of the public hearing.

The bill had created a public furore following its introduction in the House of Representatives earlier in May 2020 and an attempt to schedule a same day consideration of the bill when it came up for second reading. Members of the House had raised concerns over the attempt to fast-track the bill through the required legislative stages without adequate time being allowed for a thorough study of its contents to inform opinions and contributions to the planned consideration of the bill. To make matters worse, it was discovered that most of its contents was a duplicate of a similar Singaporean Law, which contains several provisions empowering State authorities to authorise extensive restrictions of human rights and freedoms for the purpose of protecting public health.

Following the uproar and criticisms of the bill, the Speaker of the House of Representatives committed to holding a public hearing on the bill to enable stakeholders and the general public to make inputs on the bill. Taking into consideration, the COVID-19 pandemic and social distancing rules, the hearing held on two consecutive days with primary stakeholders such as the Nigeria Centre for Disease Control (NCDC), Ministry of Health, and the Nigerian Governors’ Forum (NGF) participating.

The presentation by Governor Kayode Fayemi of Ekiti State, Chairman of the Governor’s Forum was a major highlight of the event. In his submissions, he stated that the bill ignores the federal system of Nigeria by failing to recognise the role and authority of State Governments to adopt measures to control the outbreak of infectious disease in their areas. He added that while the intention to propose a new legislation may be good, the bill’s provisions are undemocratic and in conflict with the Constitution. He then called on the National Assembly to ensure that the revised  bill takes into consideration, the power of state governments to issue declarations and regulations in occasions of an infectious disease outbreak. This position was echoed by several other groups that made presentations at the hearing such as the Nigerian Medical Association, National Primary Healthcare Development Agency (NPHDA), Joint Health Workers Union (JOHESU), National Council of Women Societies (NCWS), Amnesty International etc.

Representatives of public health agencies stressed on the need to utilise and strengthen existing structures for disease surveillance as they are currently weak. For instance it was noted that the National Primary Health Care Development Agency (NPHCDA) currently plays a key role in disease surveillance, which can feed into the NCDC’s work during emergencies. This is because the NCDC is more of an administrative body with little staff on ground to do field work across the country. The NPHCDA on the other hand already have experienced officers who are useful in gathering evidence of infections at the local level. As the agency is also experienced with vaccinations, it was proposed that the NCDC should be partnering with them on this issue. Apart from working with existing structures, it was also recommended that the powers being proposed for the NCDC should be decentralised so as to make response more effective. Closely related to this is the need to strengthen community participation and involvement that can inform and feed into the system.

Civil society organisations and human rights groups such as Amnesty International Nigeria focused on the issue of potential abuse of powers by the NCDC to whom wide powers are granted, the constitutionality of the proposed law and provisions that restrict rights to peaceful assembly, liberty, human dignity etc. It was stressed that public health crises response should be proportional to the objective it seeks to achieve, that the bill should not criminalise every infraction of its provision and that the community care model, which is more effective than compulsory treatment should be utilised to encourage desired actions.

Representatives of churches and religious groups expressed concerns about  forced vaccinations and disposal of the bodies of  persons who die of infectious diseases.  For instance, it was argued that vaccinations can be used as a means of population control and could also harm unborn children. Therefore, the  rights of the unborn to be protected against harm as guaranteed by section 17 of the Child Rights Act should be protected. It was also argued that the bill authorises orders on disposal of corpses in a way that subjects dead bodies to abuse and infringes on religious rights.

Groups representing interests such as pathologists, veterinarians, and traditional medical practitioners, felt the bill failed to take into consideration, available knowledge and experiences from these fields in curbing public health crises.

Below is a summary of points raised and contributions made by  the various participants at the hearing:

At the end of the two-day hearing, the Committees committed to considering every submission made and using it to revise and improve on the provisions of the bill in a way that responds to the rights and concerns of Nigerians.

It would be recalled that the Senate has a similar bill titled “National Health Emergency Bill, 2020” which was also introduced in May 2020 and is awaiting second reading. 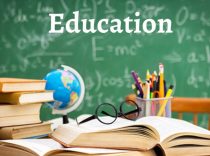 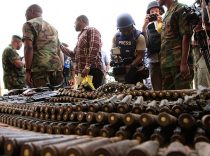 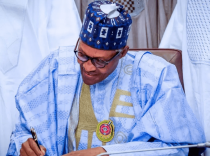 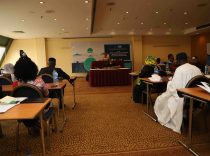