The Senate and House of Representatives at its plenary session of Thursday, 1 July 2021, finally passed the Petroleum Industry Bill (PIB), 2021 which seeks to provide a legal, governance, regulatory and fiscal framework for the Nigerian petroleum industry, the development of host communities.

Presenting the report on the Bill, the Chairman of the Senate Joint Committee on Petroleum (Downstream); Petroleum (Upstream) and Gas, Sen. Sabo Mohammed Nakudu (APC: Jigawa) and Chairman of the Ad-hoc Committee on PIB, Hon. Mohammed Tahir Monguno (APC: Borno informed lawmakers of both Houses respectively, that the main objectives of the Bill is to promote growth in the oil and gas industry, modernize fiscal systems and enhance global competitiveness.

According to the Chairmen, the Bill comprises of 5 distinct chapters:

Chapter 1: Governance and Institutions which focuses on:

Chapter 2: General Administration which focuses on:

Chapter 5: Miscellaneous Provisions which comprises of 8 schedules and captures the savings provisions in the Bill based on options available to operators on its voluntary conversion to either the new fiscal regime or maintain status quo until expiration of leases or licenses.

In the Senate, lawmakers had dissolved into the Committee of the Whole to commence a closed-door session with the Minister of State for Petroleum, Mr. Timipre Sylva and the GMD, Nigerian National Petroleum Corporation (NNPC), Mr. Mele Kolo Kyari for further briefing on the Bill and on resumption of plenary, it considered the clause-by-clause provisions of the Bill and passed it for Third Reading.  The House of Representatives on its part, had met with the GMD of NNPC the day before on Wednesday, 30 June 2021 over the Bill.

It would be recalled that President Muhammadu Buhari through a letter which was read at the Senate and House of Representatives plenary session of Tuesday, 29 September 2020, had transmitted the Petroleum Industry Bill to the National Assembly for consideration and passage. President Buhari had informed lawmakers that Bill is expected to carry out significant reforms in the laws governing the petroleum industry.

Following the passage of the Bill by the two chambers, it is expected that the Bill will be transmitted to the President for Assent. 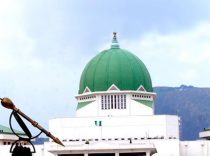 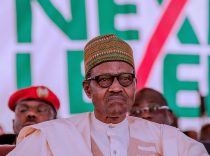 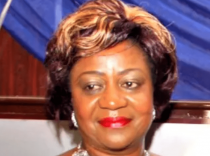 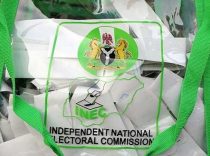