The House of Representatives on Tuesday, 4th February 2020 mandated the Committee on Agricultural Production and Services to investigate the administration and performance of all donor funding for agricultural projects with a view to unearthing the problems associated with its inabilities to achieve its set objectives. This was sequel to a motion Presented by Hon. Awaji-Inombek D. Abiante (PDP:Rivers) on the need to investigate the administration of donor assisted funds for agricultural projects.

Presenting the motion, Hon Abiante stated that over the years, the Federal Government has been partnering and acquiring loans and grants from Donor Agencies such as the World Bank, the African Development Bank (ADB), the United Nations (UN), the International Fund for Agricultural Development (IFAD), and the International Development Agency (IDA) to mention a few, with a view to improving agricultural production in the Country. He stated that over the years, over one billion dollars of the donor’s fund have been spent on various Agricultural projects in Nigeria by the three-tiers of government.

Speaking further, Hon. Abiante noted that since 1985, the International Fund for Agricultural Development (IFAD) has financed eleven (11) Agricultural projects in the Country with $509.62 million, while several millions of dollars have also been committed to the implementation of Fadama project by the World Bank since 1993. He further explained that the various Agricultural projects were put in place with the aim of assisting Nigerian farmers, especially the rural ones with the necessary funds needed to improve their agricultural venture, thus meeting the food demand of the fast-growing population of Nigeria, guarantee food security, reduce oil dependency, diversify and grow the economy.

In conclusion he stated that he believed that a thorough investigation of the Federal Ministry of Agriculture and Rural Development and its parastatals that are in charge of the’ administration of all agricultural donor funding projects will help in unearthing the problems that are associated with the inabilities of the projects to achieve its desired goals. 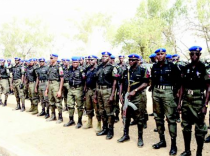 The Bill Seeking to Establish the Nigeria Police Academy, Wudil Scales Second Reading in the Senate 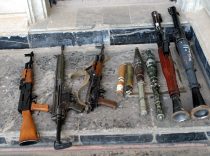 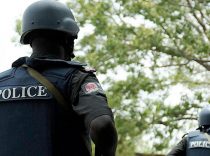 Bill Seeking to Repeal and Re-enact the Police Act, 2004, LFN, Scales Second Reading in the Senate 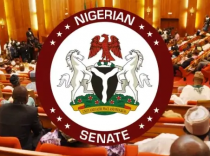