Examining the State of the Pending Electoral Act Amendments 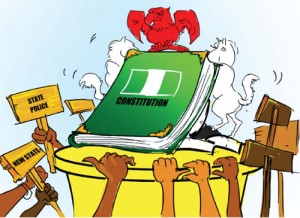 Elections are key to any democracy. Among others, elections are utilized to check the government’s response to the will and aspiration of its people and provide an alternative for the transfer of power where such aspirations are not met. In Nigeria, electoral provisions are contained in the 1999 Constitution (as amended) and the Electoral Act, 2010 (as amended)

However as all human laws and institutions are fallible, electoral amendments are made from time to time to ensure that laws not only reflect the wishes and aspirations of people but also adapt to modern democratic practices.

One of the major objectives of the recently passed Senate Bill (SB 455), is to improve the legal framework for the Electoral process in a manner that strengthens the election management body.  Similarly, the House of Representatives proposed Electoral Amendment Bill (HB 718), which has been passed for second reading, stressed the need for a “level playing field for all participants and more transparency in the conduct of the Election exercise” as its objective.

For example, the Senate Electoral Amendment Bill as passed, increases the period for which the Independent National Electoral Commission (INEC) may issue a duplicate voter’s card from 30 days to 60 days and increases the time for INEC to conduct a re-run election from 7 days to 14 days. The Senate Bill also extends the time that INEC may produce certified true copies of documents from 7 days to 14 days and removes the prohibition on electronic voting by vesting INEC with the power to determine the voting procedure.

Similarly, in seeking such “level playing field” and “more transparency” in the conduct of election, the House Amendment proposes several amendments including a legal framework for the accreditation of observers in elections and proscribing an imprisonment sentence of 3 years with no option of fine for polling officers, agents and political parties who conspire to falsify an election result.  It proposes to empower the Commission to deploy security personnel for the purpose of securing the distribution and delivery of election and place a limitation on the amount of money that individuals may contribute and demand the source of such funds.

While the Electoral Act Amendments may be lauded, critics point that the amendments are generally focused on the Commission and political parties to the detriment of individuals. For instance, the Senate provision that increases the time for INEC to issue a duplicate voter’s card to 60 days may be good for the Commission but gives an eligible voter, less time to apply. Also, there are no amendments in the Senate or House Bill specifically targeted at increasing the number of female participants as candidates in elections.

It is also interesting that both Amendments make no mention of an Electoral Offences Commission despite popular agitations in the face of recurring issues of election rigging and election violence. Therefore, it is suggested that a well-funded Electoral Offences Commission that has the powers to arrest, investigate and prosecute offenders should be included in future amendments to reduce such occurrences.

Further, some observers argue that strengthening State Electoral Commissions should warrant foremost attention as most electoral issues arise from them. It is pertinent to note that at the recent Review of the 1999 Constitution, the House voted to scrap State Independent Electoral Commissions. However, the position of the House is yet to be harmonized with that of the Senate which did not have a similar proposal.

Presently, the proposed House Electoral Amendment Bill has not been considered for third reading. This has exacerbated fears that the Electoral Amendments will run foul of Article 2 of the ECOWAS Protocol on Democracy and Good Governance that stipulate that no substantial modification should be made to the electoral laws in the last six months before any elections.