A CRITIQUE OF THE HIV AND AIDS DISCRIMINATION BILL 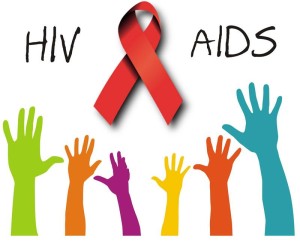 Every human has a right to earn a living and to social participation through work. This is encapsulated in Article 23 of the Universal Declaration of Human Rights and the International Covenant on Economic, Social and Cultural Rights (ICESR) to which Nigeria is signatory. This right is also listed as an objective in the Millennium Development Goals.

More specifically, the International Labour Organisation’s (ILOs) conventions particularly the ILO’s Recommendation on HIV and AIDS and the World of Work, 2010 (No. 200) outlined the inter-relationship of HIV and work stating that there should be no discrimination against workers or applicants based on their real or perceived status. This Recommendation is further reiterated in clause 3 of the HIV and AIDS Anti-Discrimination Bill Conference Report that the Nigerian Senate adopted on the 11th of July 2014.

This Anti-Discrimination Bill proposes to protect the fundamental rights and dignity of people living with HIV and AIDS by seeking to eliminate all forms of discrimination against people with the disease in a work environment. For instance Section 8 of the Bill proposes to make it an offence for individuals, institutions or bodies to require a person to disclose his HIV status orally or in writing. Employers, institutions and individuals would be prevented from requiring a HIV test as a precondition to an offer of employment or to having access to public or private services except where proven by two competent medical authorities that failure to take such test may present a real danger of HIV transmission to others.

The Bill also proposes to remove all obstacles that restrict a person affected by HIV/AIDS from enjoying equal opportunities. For example, an employer is bound to keep the information of his employee’s HIV status away from third parties unless it is required by law.  Also, it proposes that their health and medical records must be protected in a database and that employers provide reasonable accommodation for workers living with or affected by HIV.

Furthermore, the Bill attempts to minimize the risk of transmission within the workplace by placing the burden of ensuring that that there is a safety procedure on the employer who must report all occupational transmissions to the Minister of Health from the date of discovery. Where such an event happens, an employer is mandated to provide reasonable support such as paying the cost of medical tests, supply of medicines and even compensation.

Section 2 of the Bill lists its applicability to persons living with HIV and AIDS in Nigeria and to employers of labour and to employees in the public and private sphere including schools and hospitals. Section 24(3) vests the power of enforcement on the Minister of Justice; who may institute an inquiry within two weeks of receiving a petition by a person who has been affected by the Bill or by one who has knowledge of the contravention of the Bill. At the conclusion of the inquiry, the Minister may make a recommendation to the contravening institution or institute criminal proceedings against the party or institution in breach of the proposed Bill. An individual or group affected directly by a contravention of this Bill can also bring a civil action in court against any such person or institution provided that the consent of the Minister is obtained.

However, while the Bill, if passed, may help change some perceptions against those affected by the disease, there are certain shortcomings that are raised by some provisions in the Bill. Firstly, the Bill appears to place an onerous burden mainly on employers such as the requirement of providing “reasonable accommodation” to workers affected by the disease irrespective of the size of the organization and without any government funding or incentive to do so. Also, what constitutes   “reasonable accommodation” is not clear.

Secondly, where an employer fails to report an occupational hazard from the date of discovery, he faces a fine of Two Hundred and Fifty Thousand Naira, and imprisonment not exceeding one year or to both such fine and imprisonment. This provision is framed, as one of strict liability and by implication; an employer that contravenes the provision will immediately face the wrath of the law.

Thirdly, the nomenclature of the Bill with respect to its applicability is somewhat confusing and inconsistent. For instance, the applicability clause provides that the Bill applies to employers of labour and employees in the labour and private sector yet a read through other sections of the Act, reveal that it is also applicable to an “individual, community, institution and employer,” creating confusion as to whether they are included or excluded under the applicability clause. Therefore a more consistent nomenclature would be helpful.

Fourthly, if the Minister’s investigations merely lead to “recommendations” on the contravening employer, one could make strong arguments in favour of instituting proceedings before the Court in certain instances to compel a party in breach to redress the contravention rather than wait for the execution of such “recommendations”.

While the HIV and AIDS Discrimination Bill seeks to ensure that persons with such disease live in a work environment free from discrimination and stigmatization, the objective of the Bill would probably be attained through continuous awareness, education and research into the underlying factors that contribute to such discriminatory practices and the involvement of all stakeholders in the process.

If passed, the Bill will be the first of its kind specifically targeted at people living with HIV/AIDS in Nigeria and may well take the first step in changing perceptions.